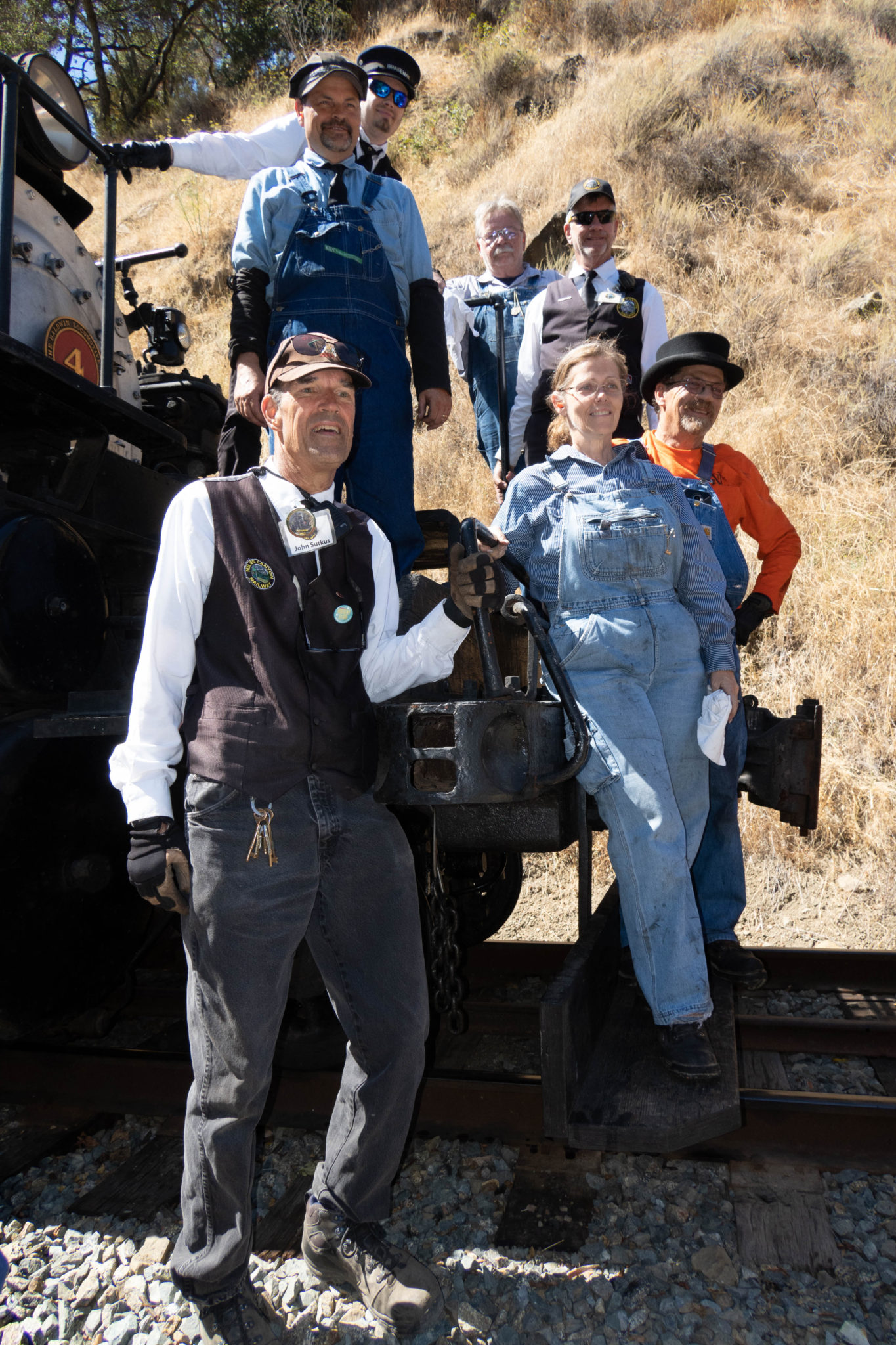 This is probably the only time I will see two standard gauge Mallet locomotives on the same railway. 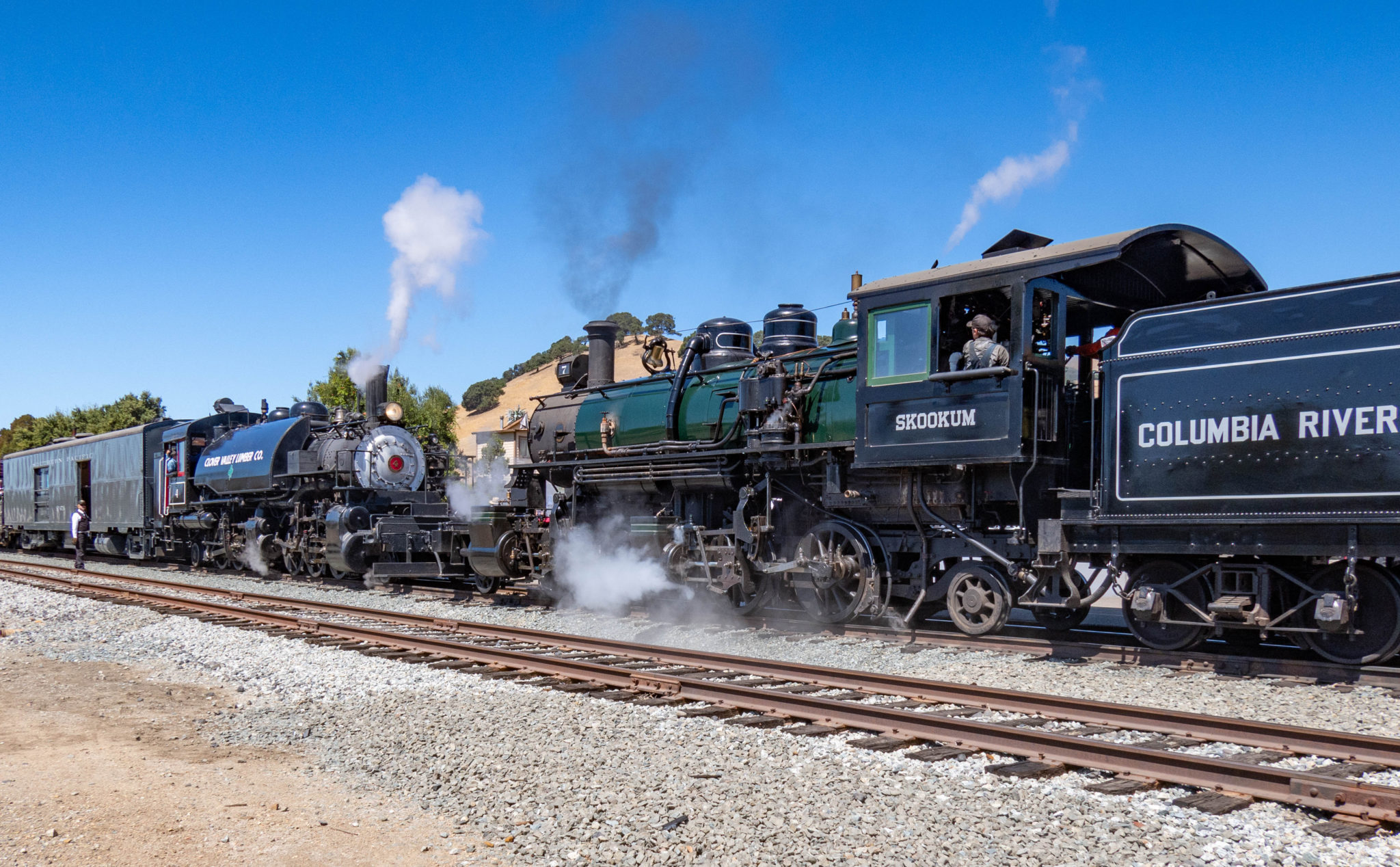 Engine 4 on the left and Engine 7 on the right at the Niles Canyon Station. 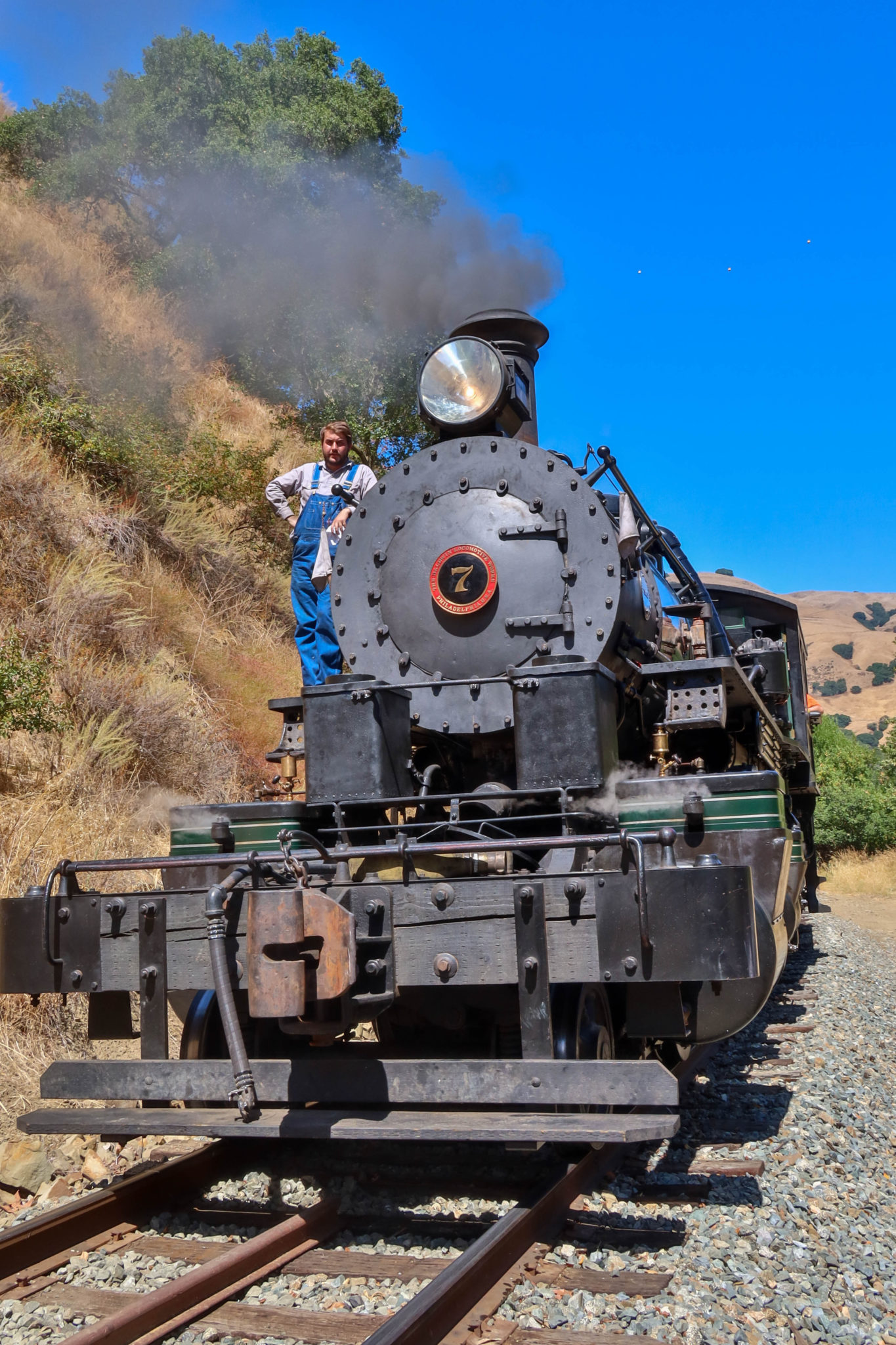 Charles Franz on Engine 7 prepares for the meet. 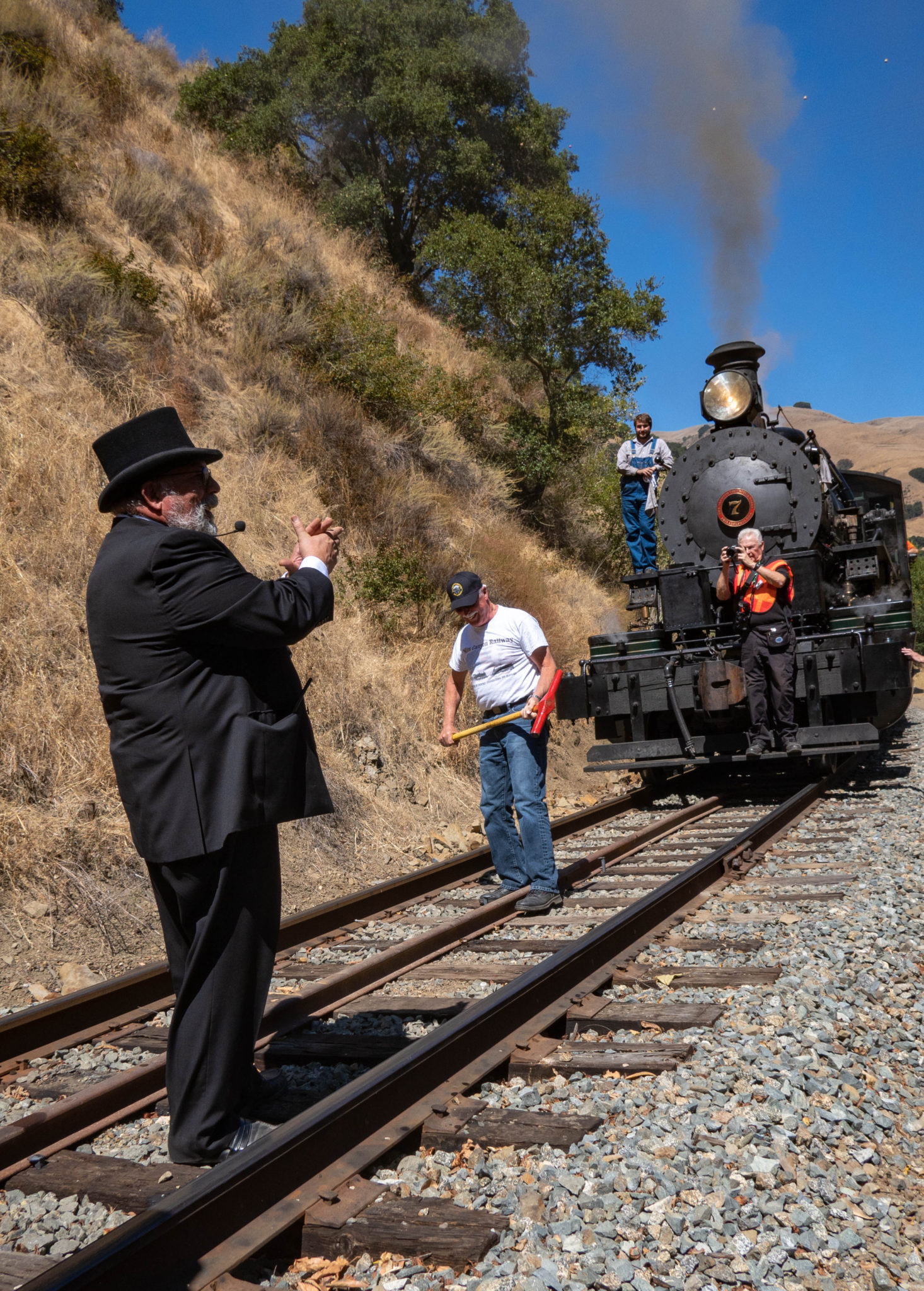 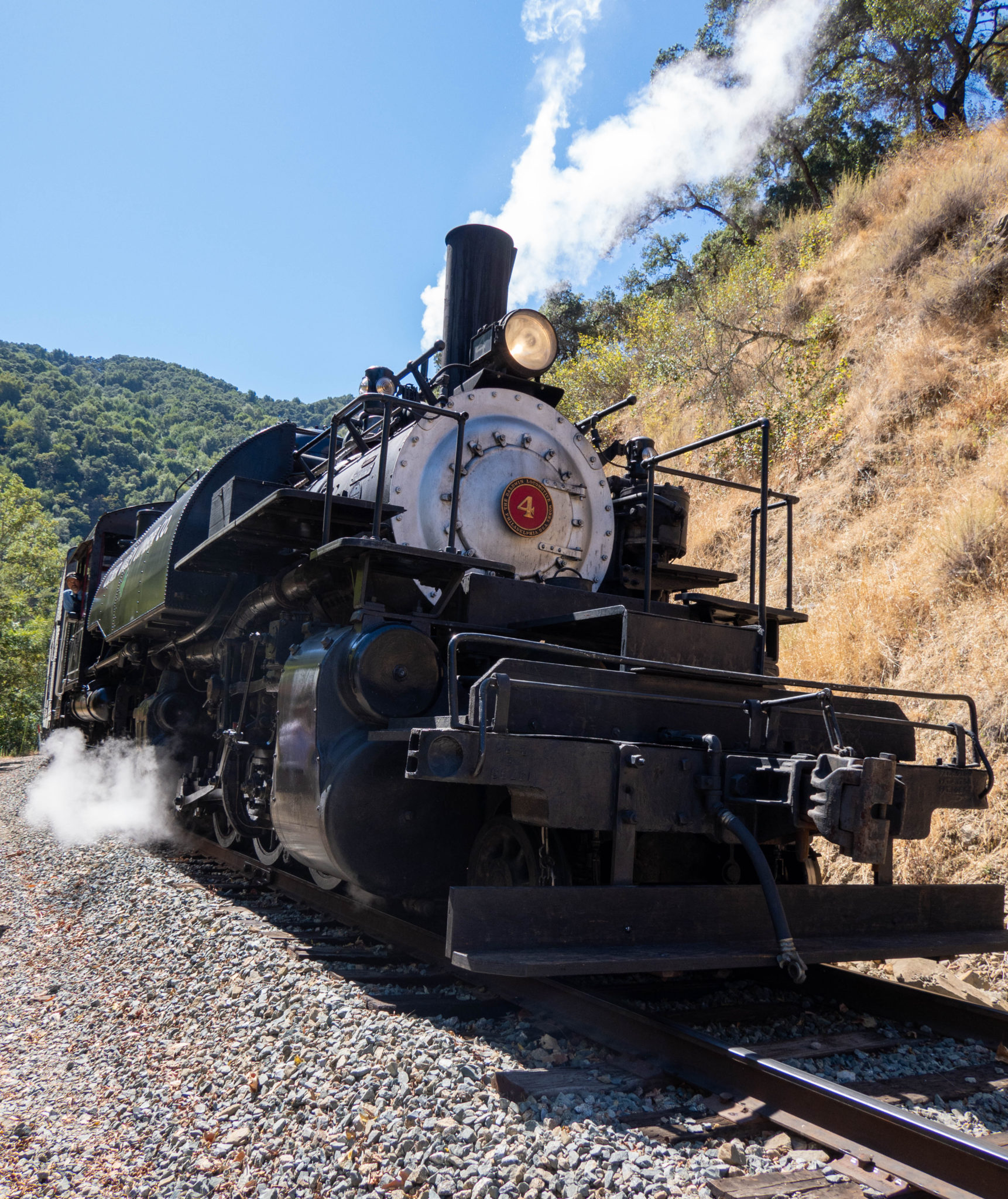 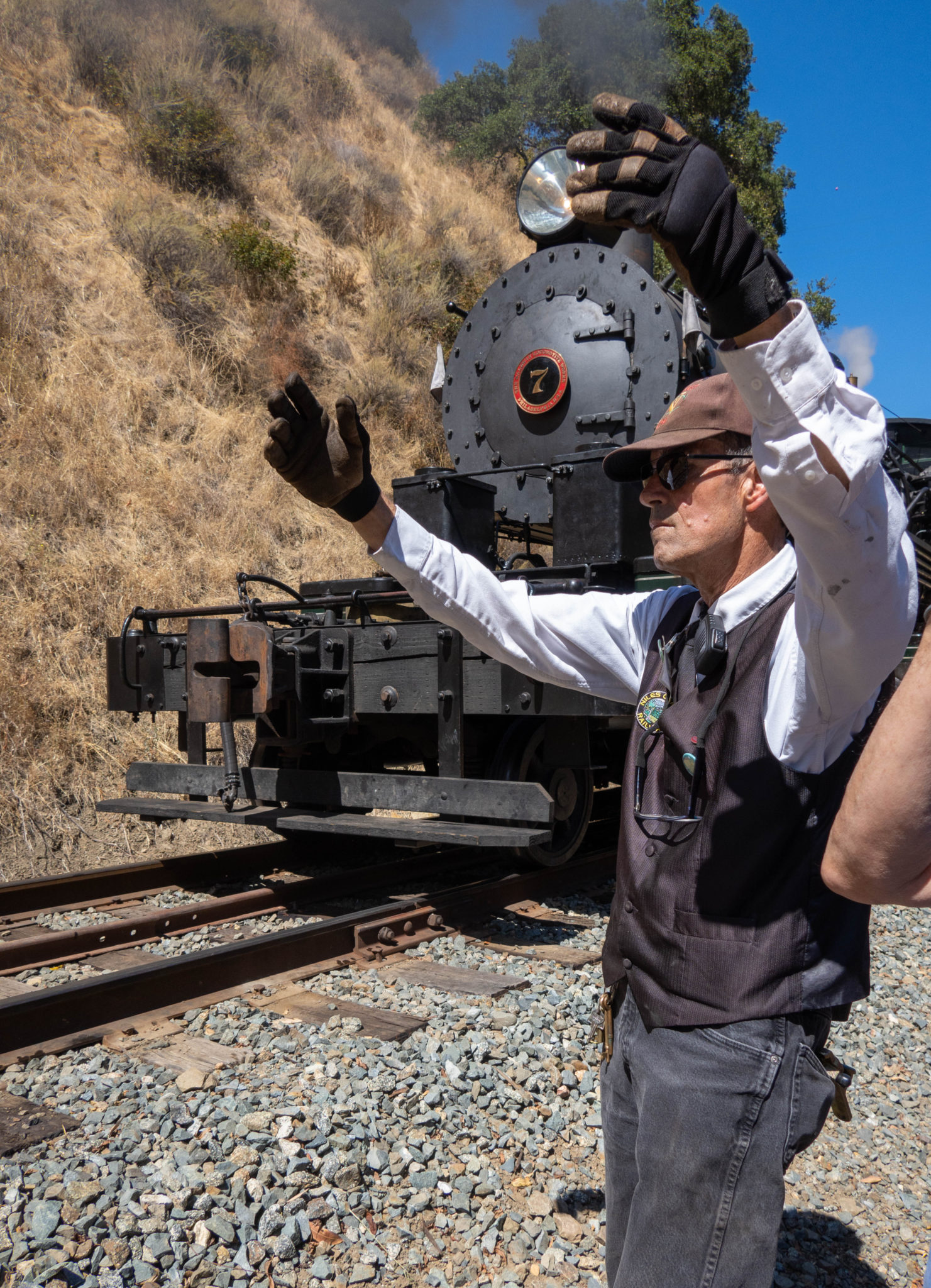 Getting the engines in position. 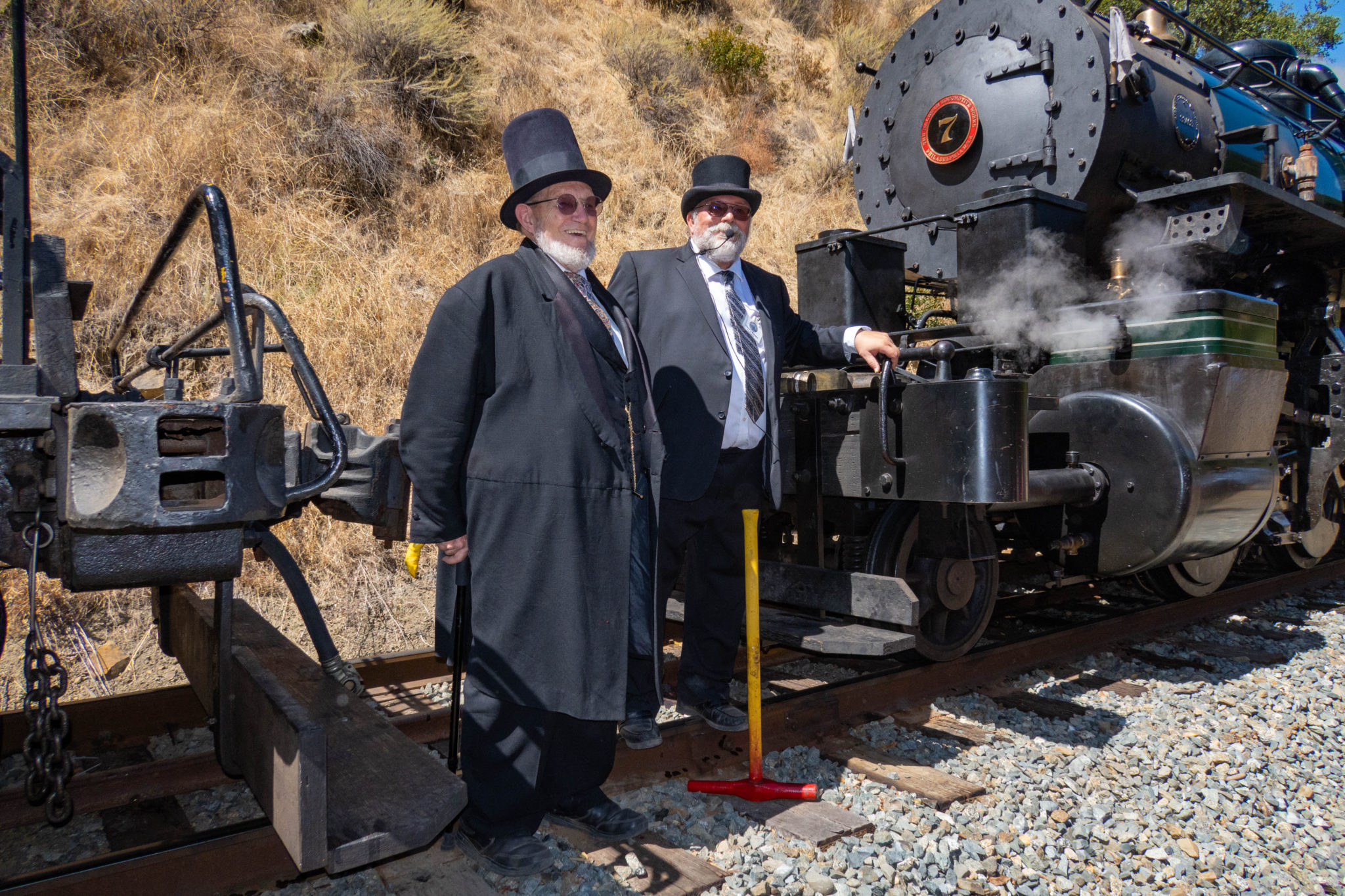 Henry Baum and Mr. Lincoln say a few words before driving the spike. 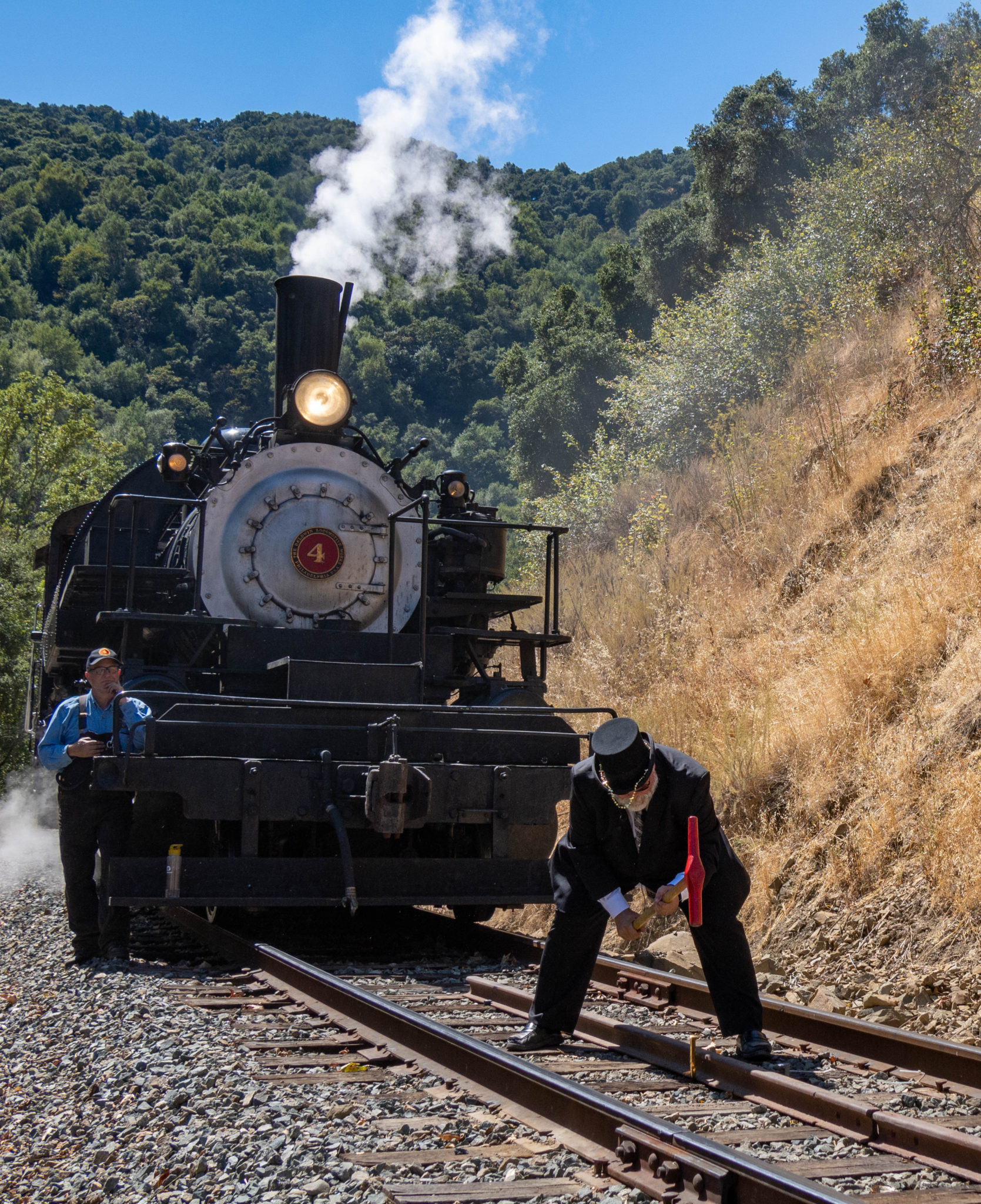 First try at the spike. 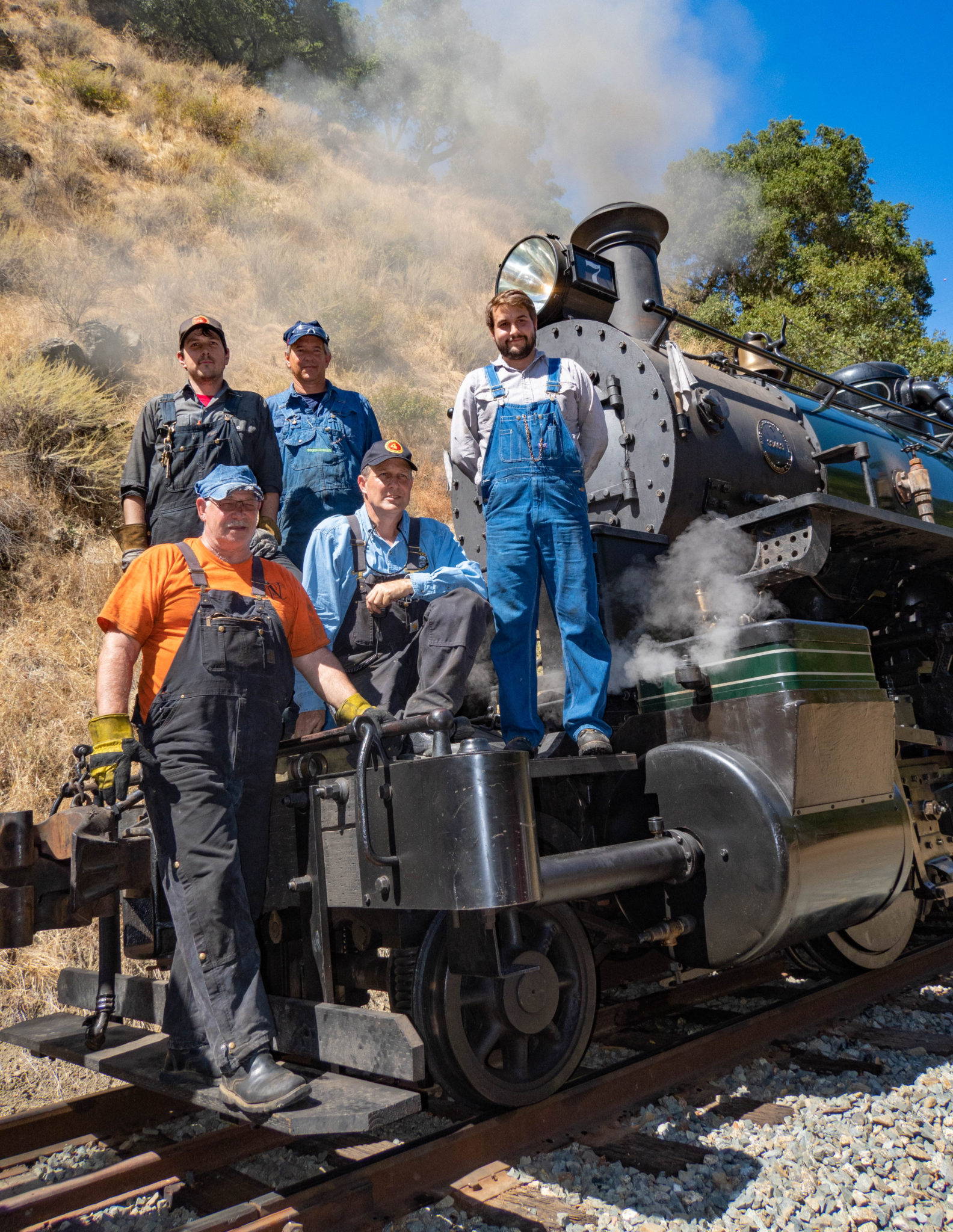 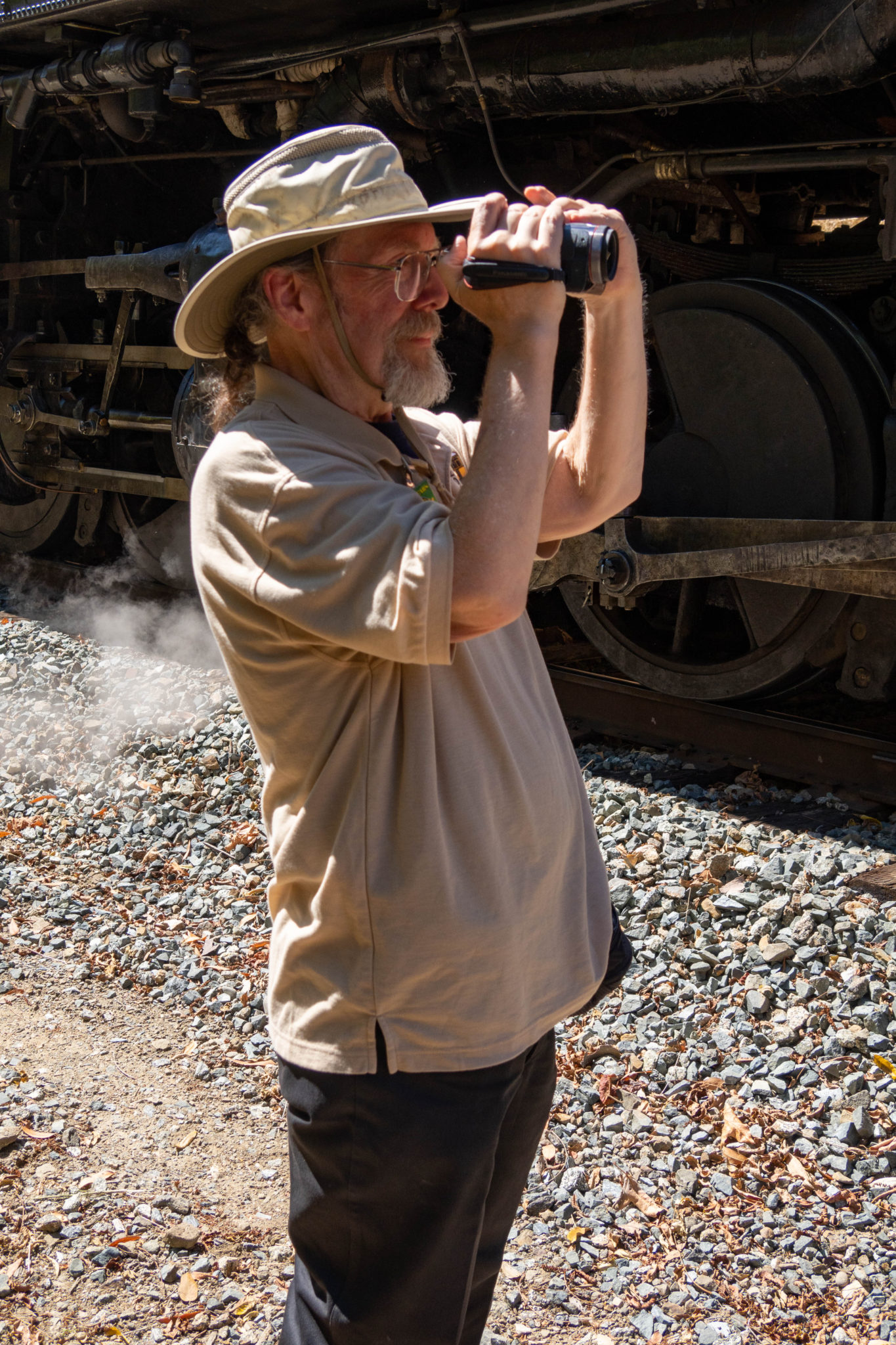 Peter gets the action on tape. 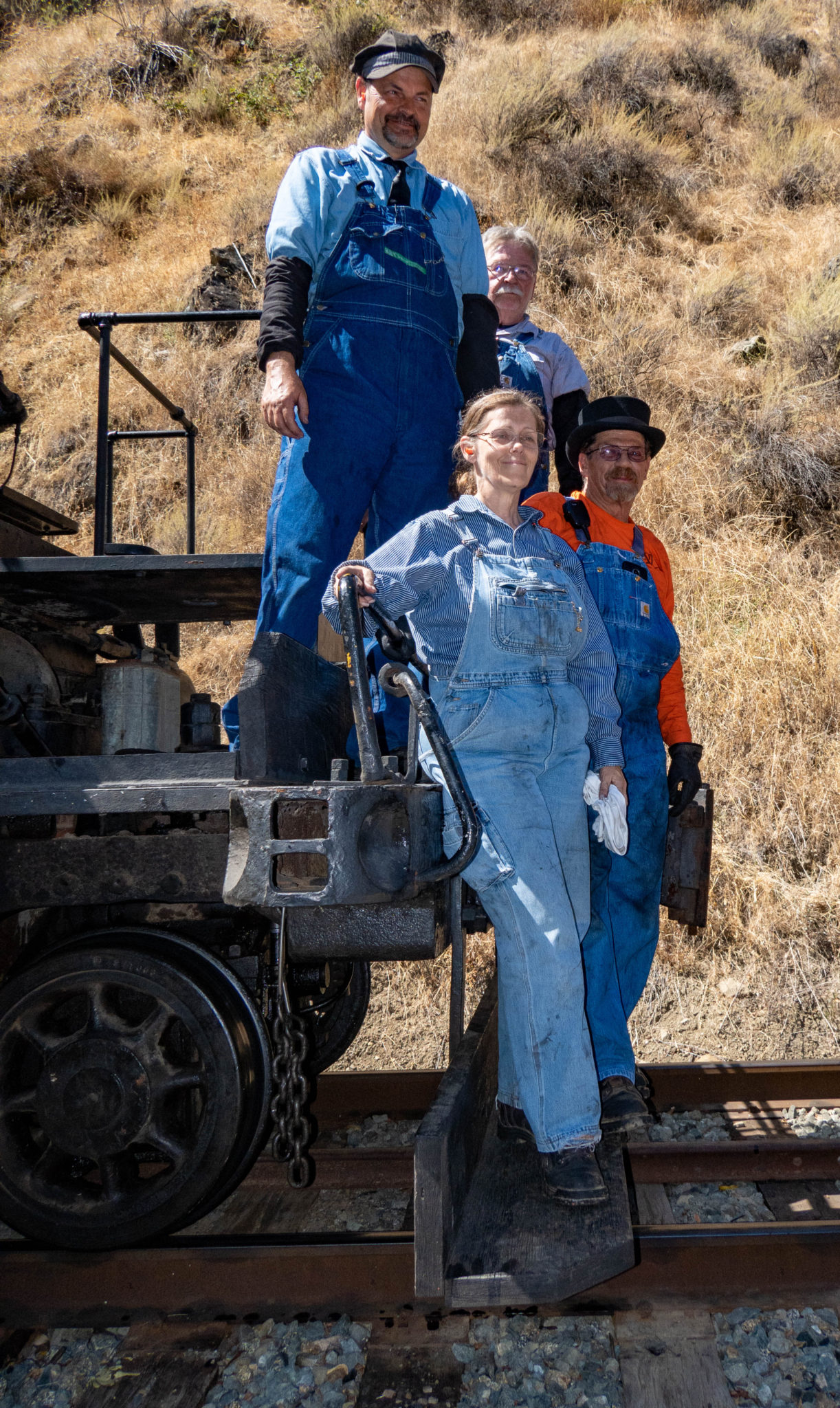 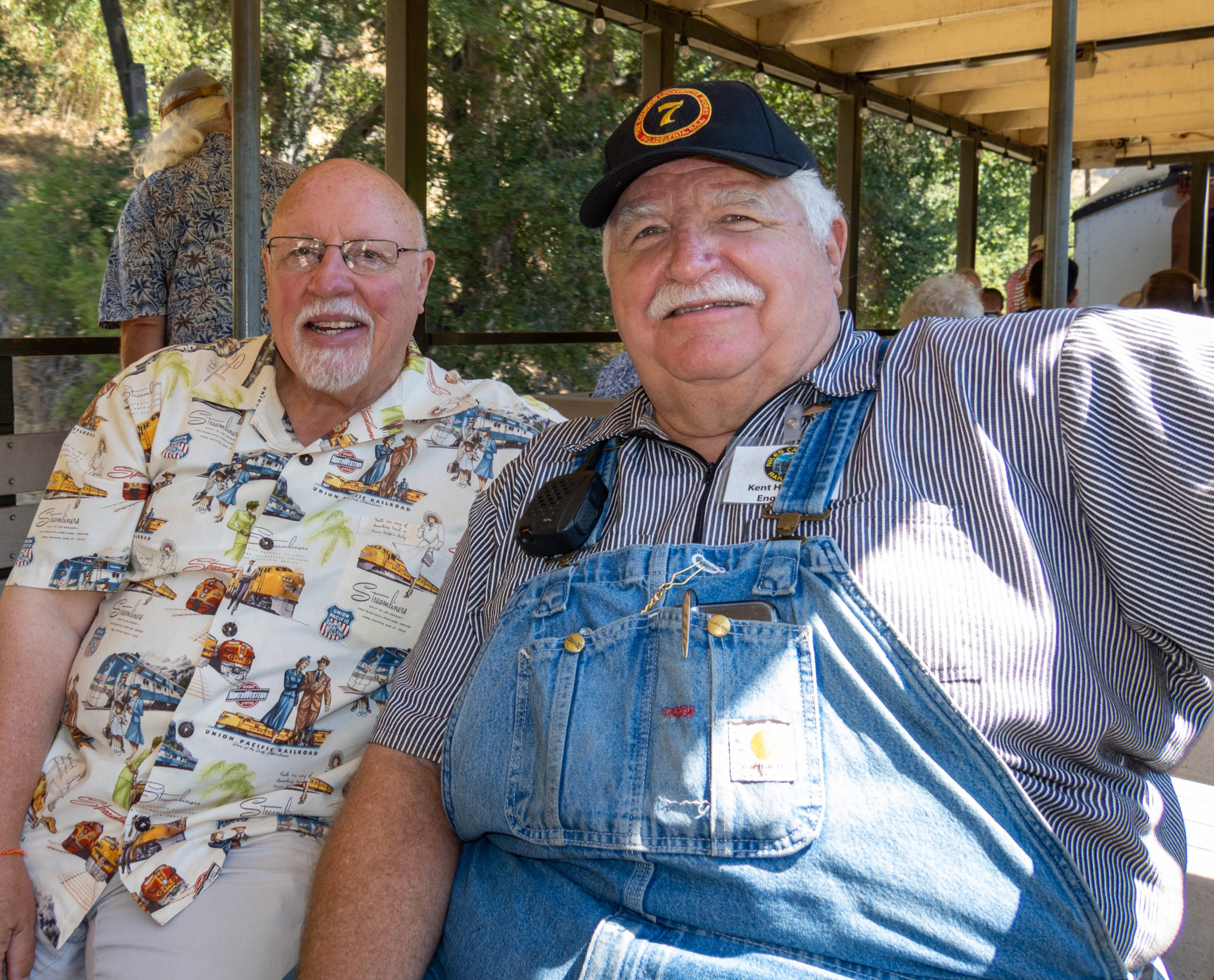 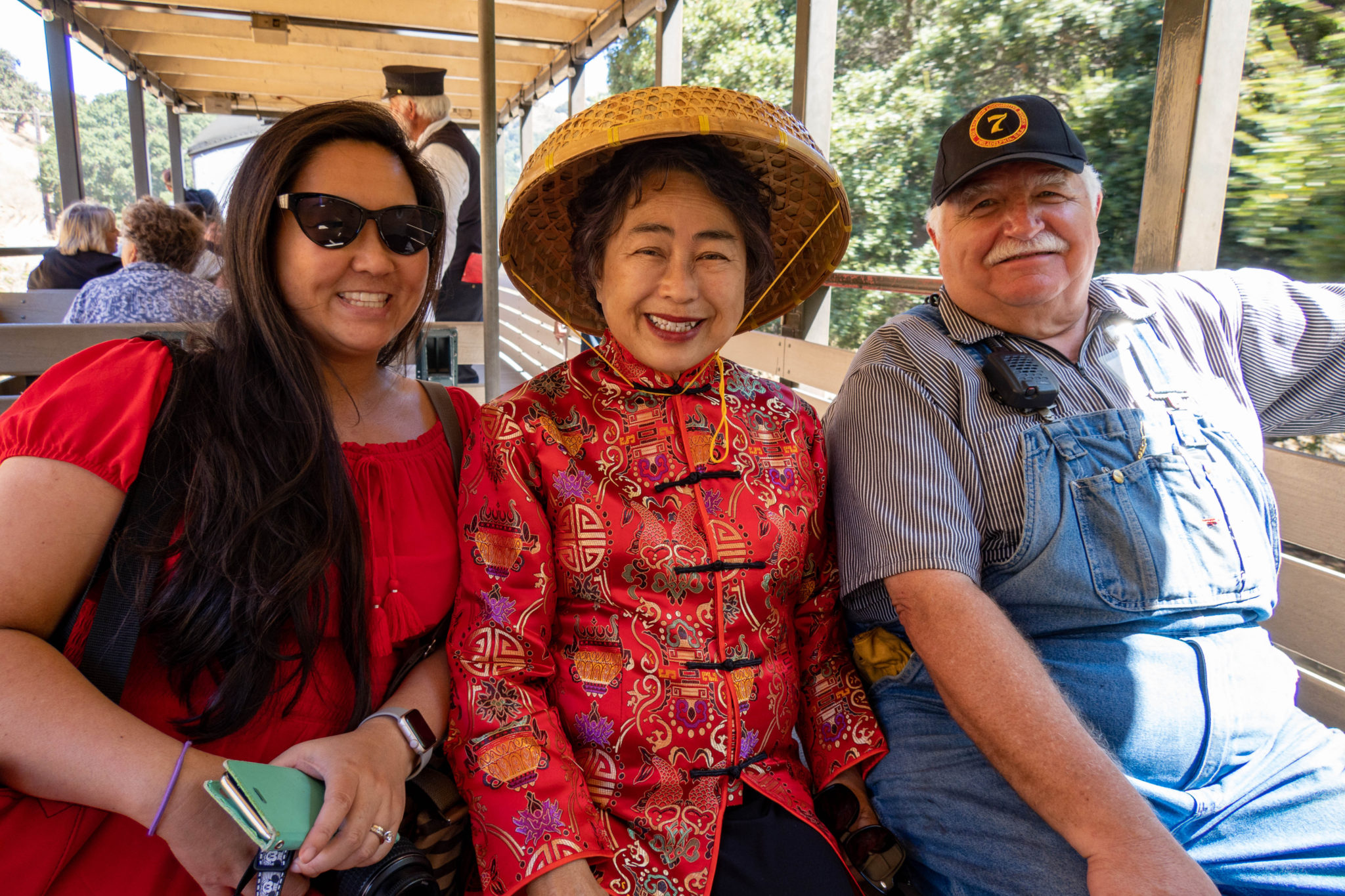 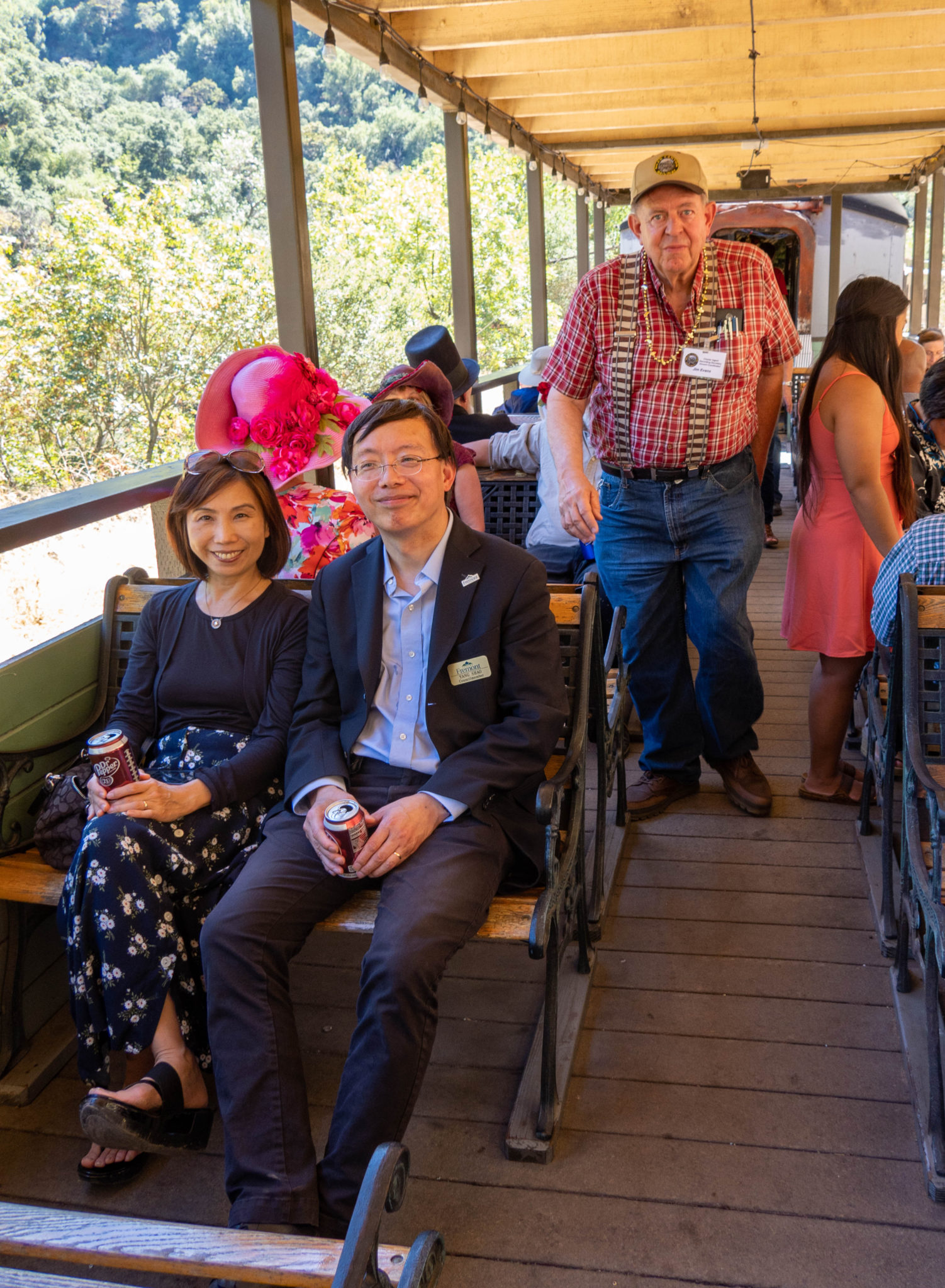 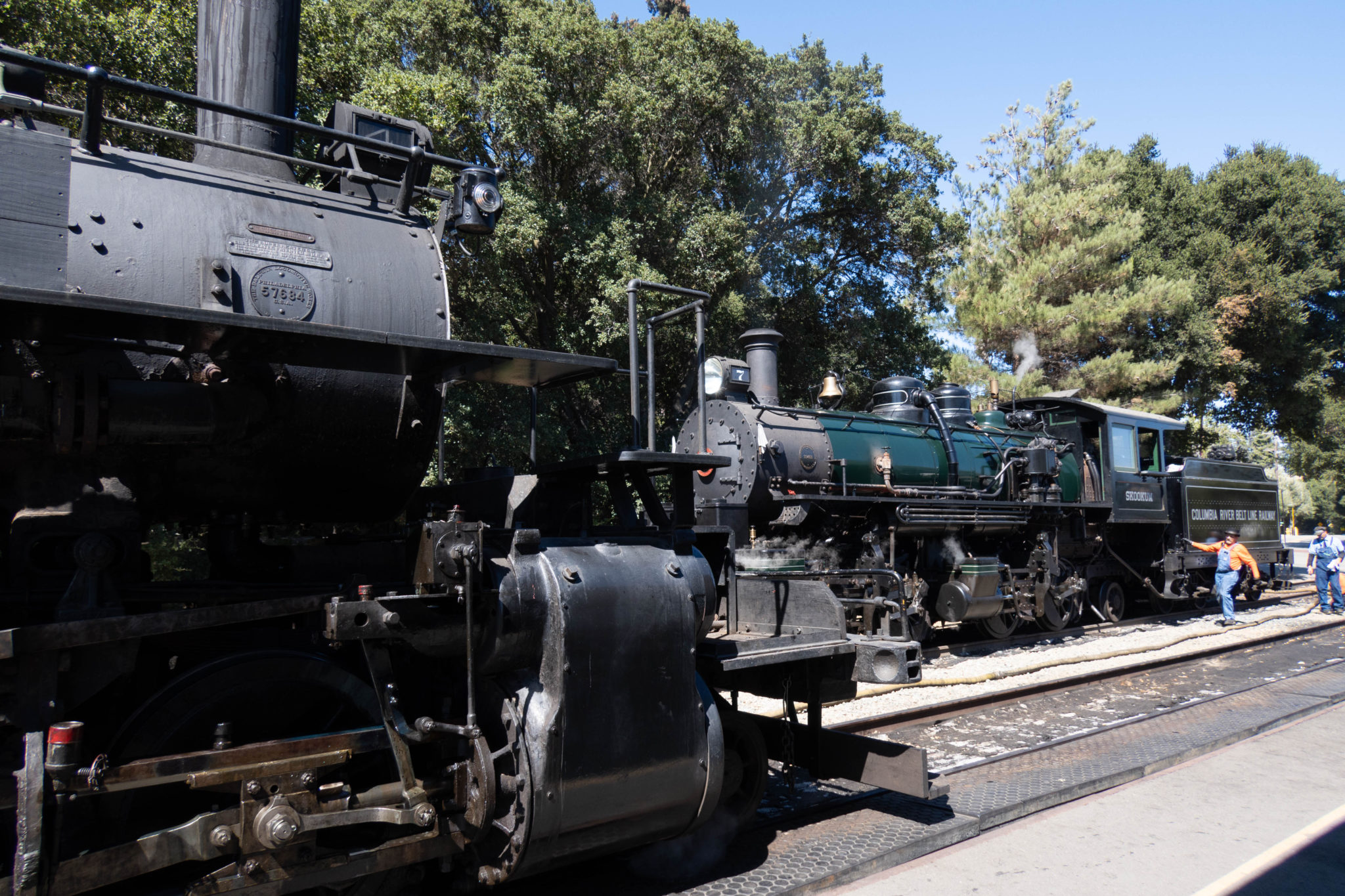 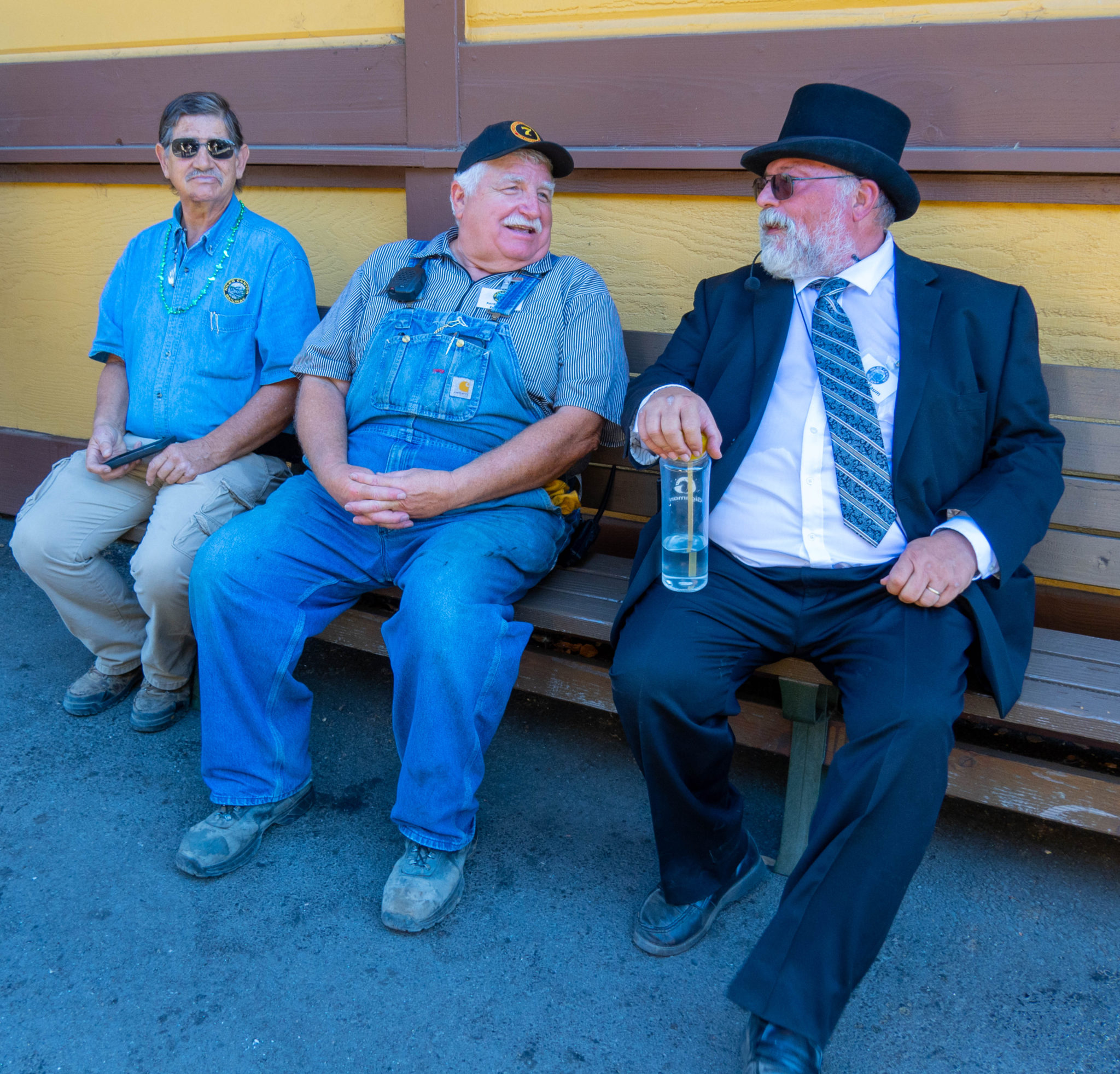 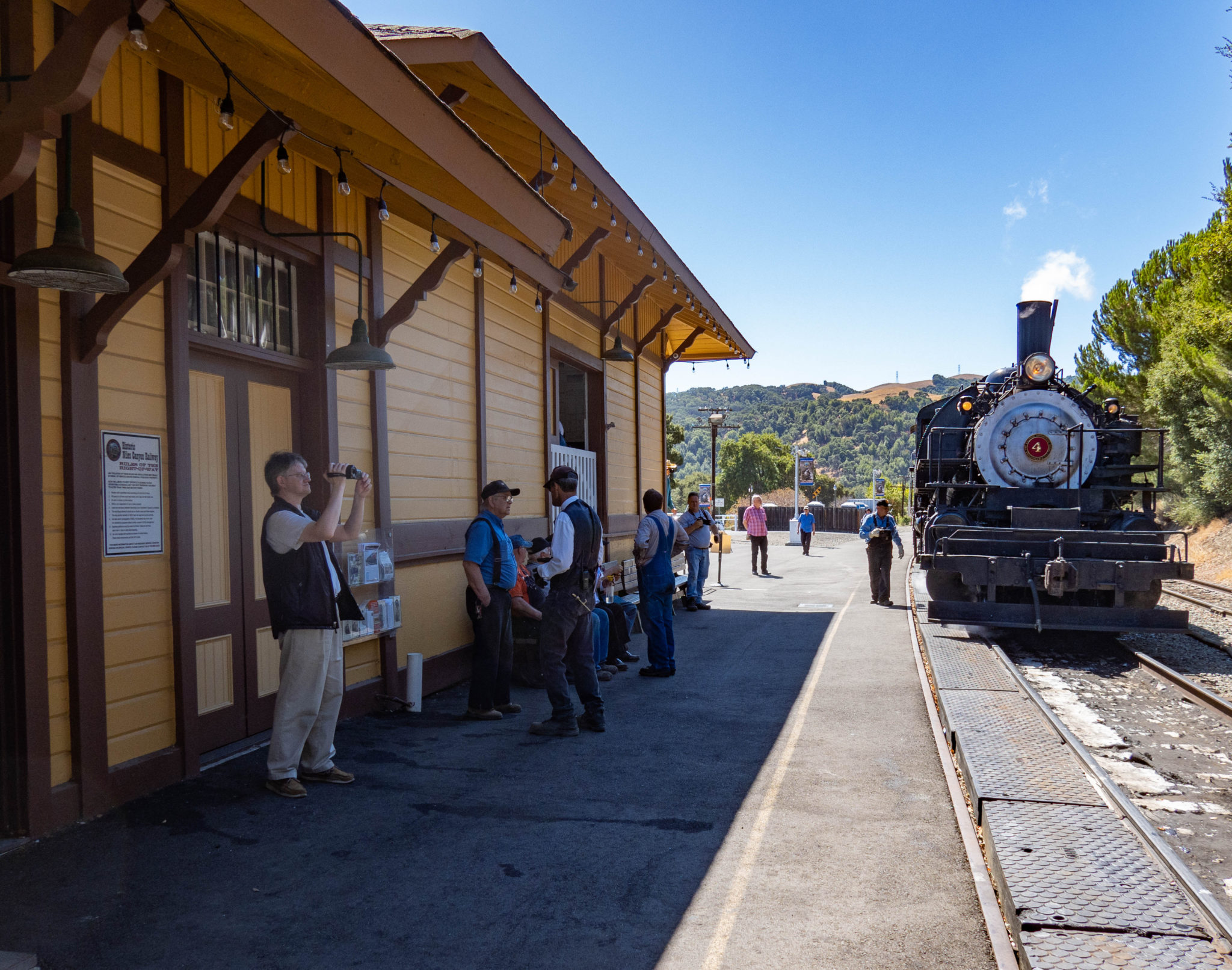 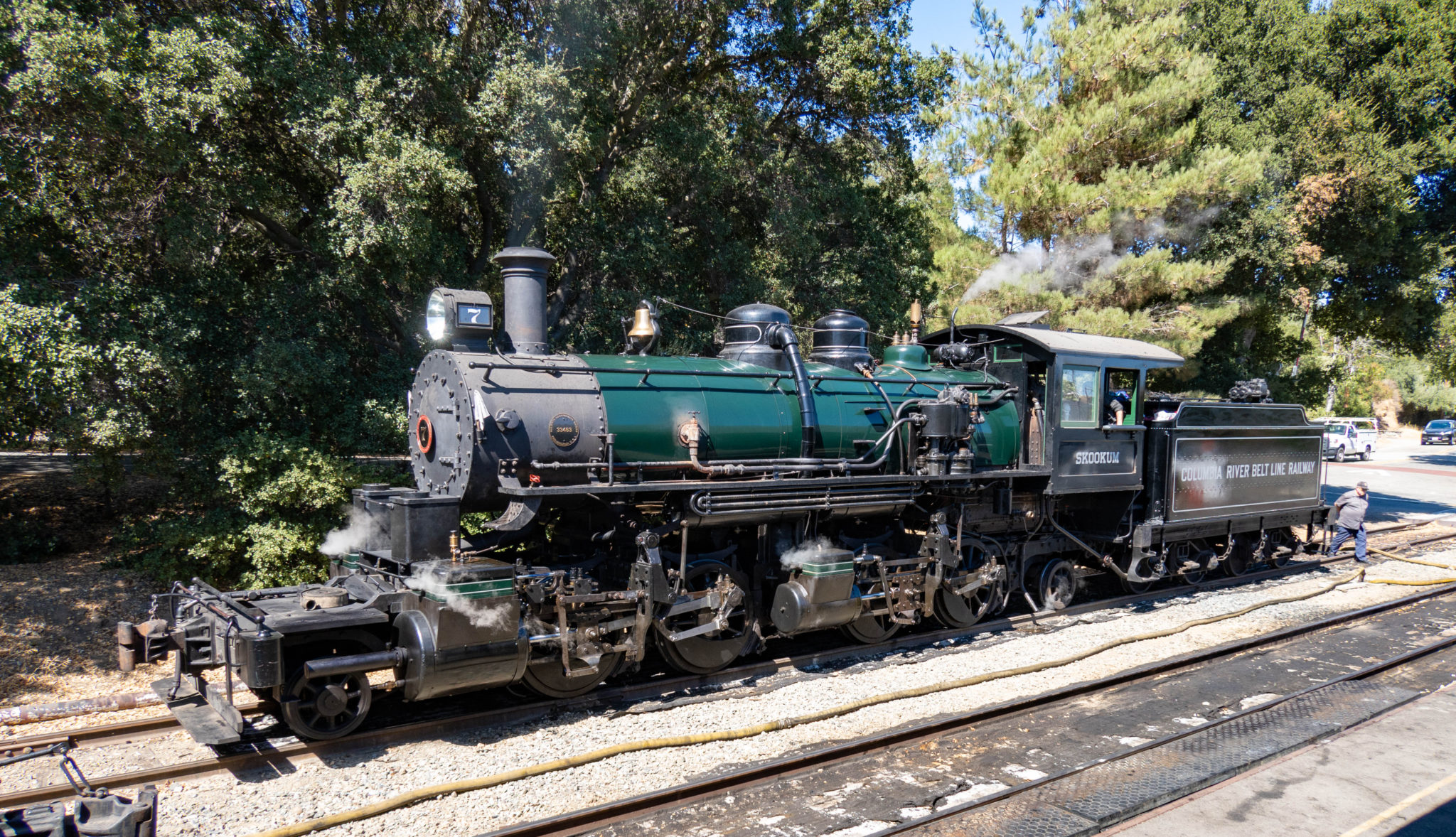 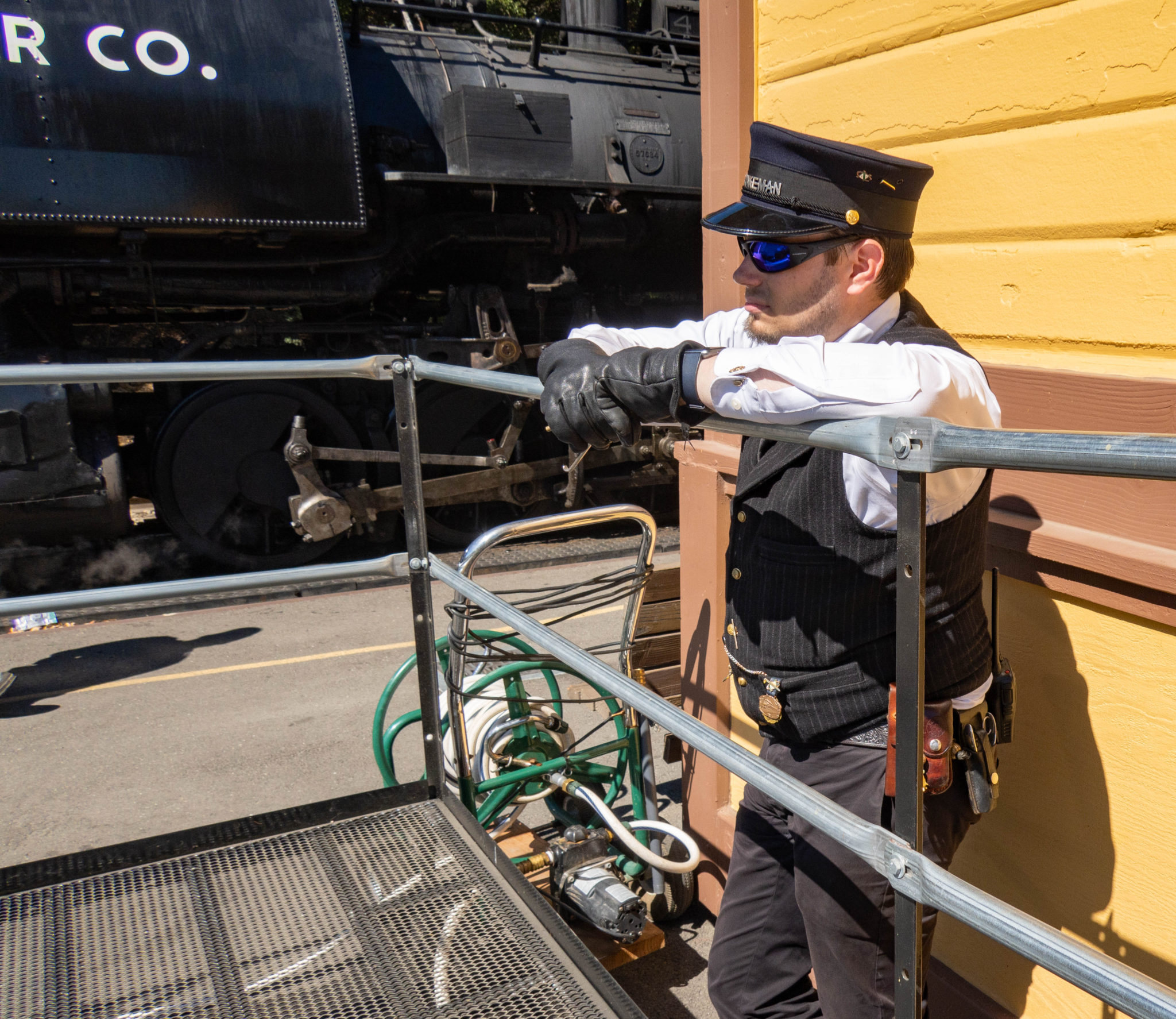 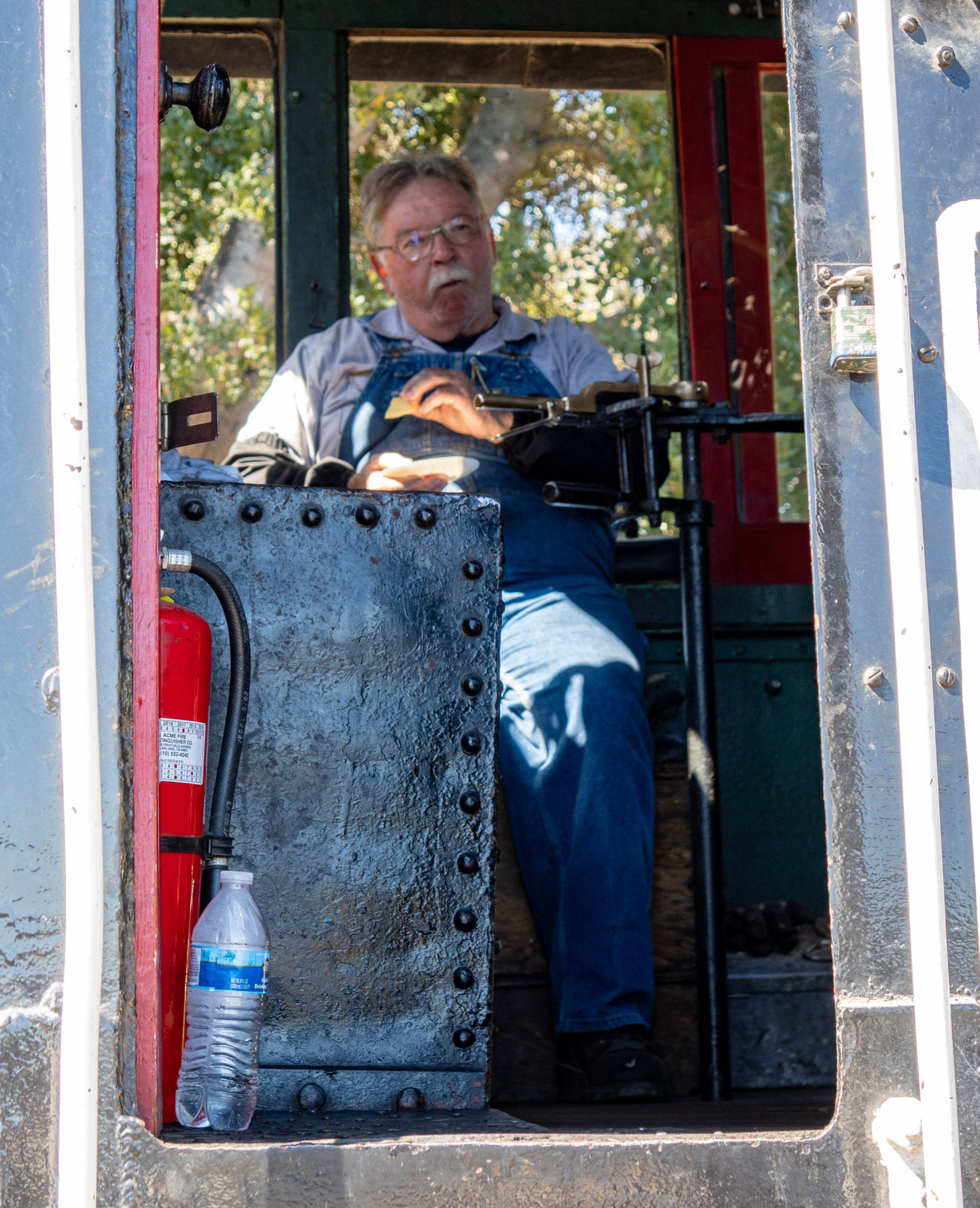